Sister Josephine is a native Texan, raised baptist in Houston Texas. Jesus called her to religious life in 2011 and in 2020 Sister made her final vows as a Sister of the Holy Family of Nazareth. She ministers as a licensed mental health counselor, and also serves on the community vocations team and as a national speaker.

For King & Country is one of the music industry’s most respected and decorated duos. Brothers Joel and Luke Smallbone have won four GRAMMY Awards, 10 GMA Dove Awards, a Billboard Music Award, 13 K-LOVE Fan Awards, and their nine No. 1 songs have produced an astonishing accumulation of over one billion on-demand streams.

The RIAA Platinum-selling act’s live show has been hailed as a must-see concert event that continues to wow sold-out crowds whether in the U.S.A, Australia, Germany, Netherlands, or New Zealand.

Listen to For King & Country on Spotify 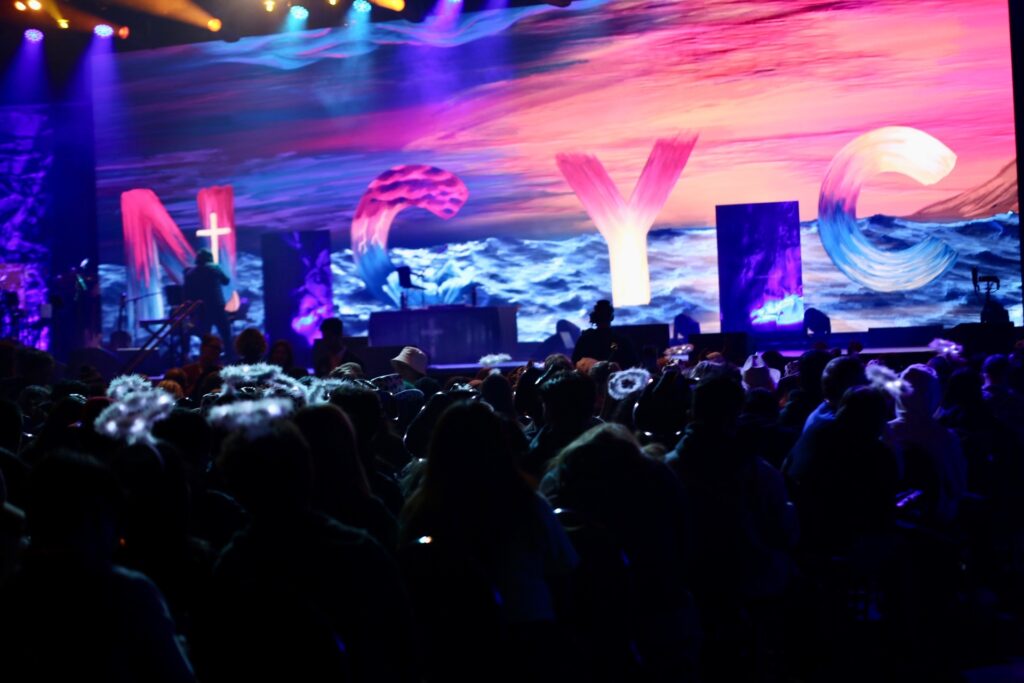 Look back at the best moments of NCYC 2022: Walking on Water in Long Beach, California.

The National Federation for Catholic Youth Ministry (NFCYM) is a membership organization dedicated to advancing the field of pastoral ministry to young people.

You will now be directed to NFCYM.ORG to complete registration.

Chika Anyanwu is a Catholic evangelist, youth & young adult minister, the author of “My Encounter: How I Met Jesus in Prayer”. Chika is a part of a beautiful Nigerian family, loves her coffee black, and desires sainthood for herself and you!

Father Agustino Torres, CFR, is a priest with the Franciscan Friars of the Renewal based in the Bronx, New York. He is the founder of Corazon Puro, an organization dedicated to forming youth. He hosts the EWTN television shows Icons and Clic con Corazon Puro in Spanish. Father Agustino was one of the friars who founded Catholic Underground, an apostolate of the Friars of the Renewal, and the  Casa Guadalupe (women) and JPII (men) houses of discernment. He is internationally sought to address topics such as the Church’s teachings about human sexuality, vocational discernment, and missionary discipleship.